Looking for the perfect fall cocktail? This fall spiced old fashioned is made with a delicious cinnamon thyme syrup to give this classic cocktail a fall upgrade. This drink is sure to make you feel cozy on a cold September night.

What is an old fashioned?

An old fashioned is a cocktail typically made from sugar, water, bitters, and bourbon– and often garnished with a cherry and orange peel. It’s a little smokey, a little sweet, and packs a big whiskey flavor.

Sugar: I used brown sugar to enhance the smokiness in the bourbon.
Cinnamon Stick: If you don’t have cinnamon sticks, feel free to substitute ground cinnamon.
Thyme: Thyme adds a fresh, herbal, citrusy-ness to the drink that I love. Make sure to use fresh thyme!
Cardamom: Cardamom has an earthy, almost tea-like flavor and adds a ton of flavor to the syrup!
Aromatic Bitters: Bitters help add complexity (usually in the form of botanicals) to a drink. They are available in most grocery stores near the mixers.
Bourbon: Use whatever you have on hand– if you don’t have bourbon, rye would also be delicious.

how to make a fall spiced old fashioned

In a small pan, combine the water, brown sugar, cinnamon stick, thyme, and star anise. Bring to boil and cook until the sugar is fully dissolved. Remove the heat and allow to steep for 20 minutes.

Add all of the ingredients (except the garnishes) to a shaker and stir them gently with a spoon. Pour into a rocks glass and garnish with a cinnamon stick and orange peel. Enjoy.

Print Recipe
No ratings yet

For the Cinnamon Thyme Syrup 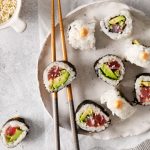 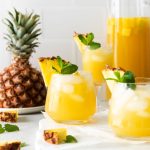 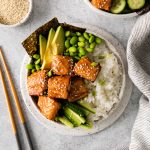 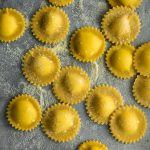 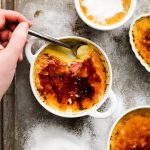